In lesson 5, we will start adding modifiers to our nouns and verbs, and the possible glyph block arrangements increase drastically. We won’t be able to cover all the possibilities for each sentence, so it’s probably a good idea that we run through these rules one more time before we go on. A lot of the information below is a review of what you already know, but there are a few more details that cover possibilities to come.

Hieroglyphic blocks are read from top to bottom, and from left to right.

Two blocks can be arranged either vertically or horizontally.

There are four possible arrangements for three blocks, two of which we have already seen.

All four of them use two small blocks arranged on the side of one large block.

With four blocks of equal size, they are read down the left column first, and then down the right. 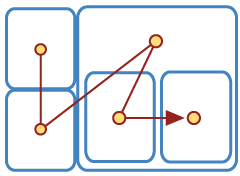 Some glyph blocks have other glyphs drawn inside of them. The outside glyph is called the container glyph, and the inside glyph the infix. There can be more than one infix in any container, and more that one container in any sentence. 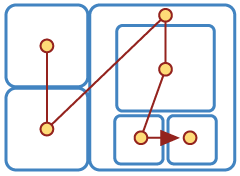 Container glyphs act as any other glyph block in a sentence. Inside the container, infixed glyphs follow the same block order rules. 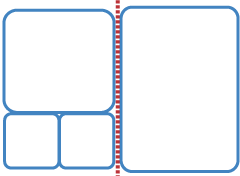 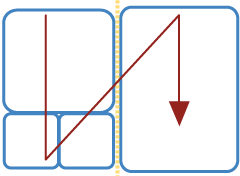 Columns and rows are always read all the way through before going to the next column or row.

What if you can go either down a column or across a row? Just like with the four-block structure, always go down a column first if there is a choice. 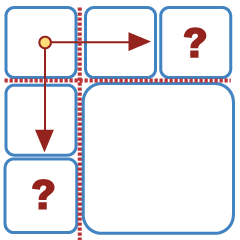 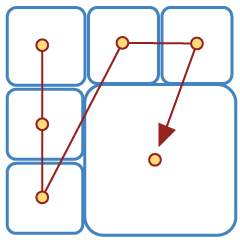 Any row or column can further divided into sub-rows or sub-columns. Just remember to find the main rows or columns first, and treat them like smaller glyph block arrangements. Then the whole sentence can be pieced together.